The 6th Man Collective is: 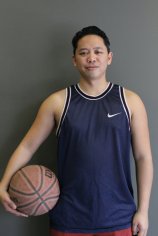 Byron Abalos is an actor, playwright, producer and theatre administrator from Toronto.  A graduate of Ryerson University, he has been nominated for 7 Dora Mavor Moore awards and was named one of Toronto’s Top 10 Theatre Artists of 2010 by NOW Magazine. His play Remember Lolo won the 2005 SummerWorks NOW Magazine Audience Choice Award and fu-GEN Asian Canadian Theatre Company produced his play Brown Balls in 2011. He was an inaugural member of The Second City Toronto’s Bob Curry Fellowship and will be making his east coast debut in September 2015 in Theatre New Brunswick’s You Play Beautifully written and directed by Thomas Morgan Jones. 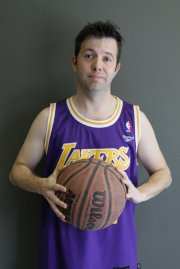 Colin Doyle is a graduate of York University’s theatre acting programme. He is an actor for film/tv/radio/theatre, producer, and proud member of the 6th Man basketball collective. He has toured as an actor all over Canada, the United States and Europe. He has been nominated four times for a Dora Mavor Moore Award in acting and won once. He has worked with theatre companies and in festivals across Canada including: Outside the March, Theatre Columbus, Caravan Farm Theatre, MTYP, YPT, Roseneath Theatre, Carousel Players, Obsidian Theatre, Theatre PANIK, SummerWorks, and Talk is Free Theatre to name a few. He is currently the voice of ‘Bill’ in the DisneyXD cartoon FANGBONE! For more information go to www.colindoyle.ca

Darrel Gamotin is an actor and playwright. For film and television, he has been recently seen in Cybergeddon (Aircraft Pictures), Beauty and the Beast (CW), and Against the Wall (USA Network). His most notable theatre credits include Waiting for Godot (Modern Times Theatre), TOUGH! (Factory Theatre), Banana Boys (fu-GEN Theatre), and Blue Planet (Young People’s Theatre). He is currently in the playwrights’ unit at Cahoots Theatre. 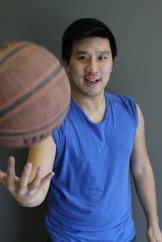 Richard Lee is an award-winning actor, fight director, sound designer and theatre producer, who has worked extensively in both film and theatre. In his career he’s had the joy of playing many interesting roles. His work has garnered him multiple Dora Mavor Moore nominations out of which he has received two: One for his work on paper series (Cahoots Theatre Company) and the other in Cinderella: A Ratical Retelling (Young People’s Theatre). In 2013 he received the infamous Harold Award, a theatre award that celebrates the outstanding and often under-recognized dedication on or off the stage of an individual.

Jeff Yung is a Toronto based actor and physical performer. Most recently Jeff played Tybalt in Shakespeare BASH’d production of Romeo and Juliet. Previous credits include: The Story (Theatre Columbus), The Forbidden Phoenix (YPT), Pu-erh (k’NOW Theatre), and Banana Boys (fu-GEN Theatre). When not performing in the arts Jeff is an avid martial artist, video-gamer, film & t.v. junkie, and dance enthusiast.